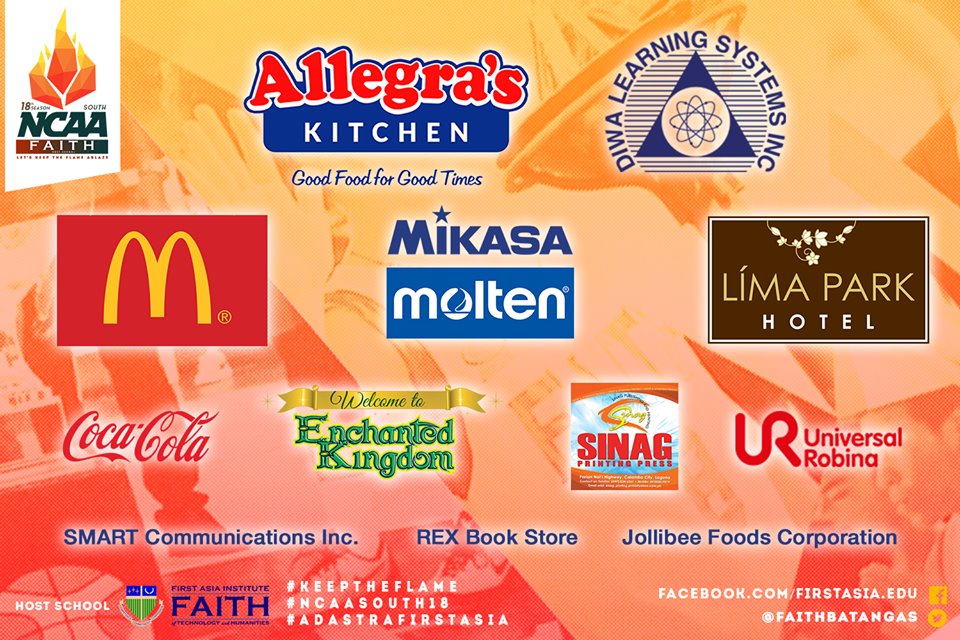 IT WAS A PRIVELEGE FOR SINAG to be invited as one of the sponsors for the NCAA South Season 18, hosted by First Asia Institute of Technology and Humanities (FAITH) in Tanauan, Batangas.

The 18th season of the National Collegiate Athletic Association-South (NCAA-South) Opening was on September 8, 2016 at FAITH's multi-purpose covered court.

This year’s theme was “Let’s Keep the Flame Ablaze” and the opening ceremonies was hosted by Dyan Castillejo, Saturnino G. Belen, the President of FAITH and Season 18 Policy Board, together with other school, sports, and government executives attended the event. Highlighting the event is the first ever grand champion of Asia’s Got Talent and Tanauan City’s pride El Gamma Penumbra. Another first for the event is a unique, never-before-seen light and sound Drone show by the FAITH Squadron that lit up the night sky.

Sinag was lucky enough to be invited as one of the sponsors for this year's KARIPASAN 2016, a fun run organized by the FAITH Foundation. The KARIPASAN 2016 was held at the Lima Park Hotel last February 7, 2016. The Fun Run is a community project of FAITH and its beneficiaries are the educational program of the Bato Balani Foundation and the Good Samaritan Foundation of the Mary Mediatrix Medical Center for indigent families.

​Joining the organizers and participants of the event for  the opening ceremony was no less than Governor Vilma Santos.

Sinag staff participated in the run and one of our staff, Maybelline Ramirez, won 2nd place at the women's 3k category. Way to go Sinag! 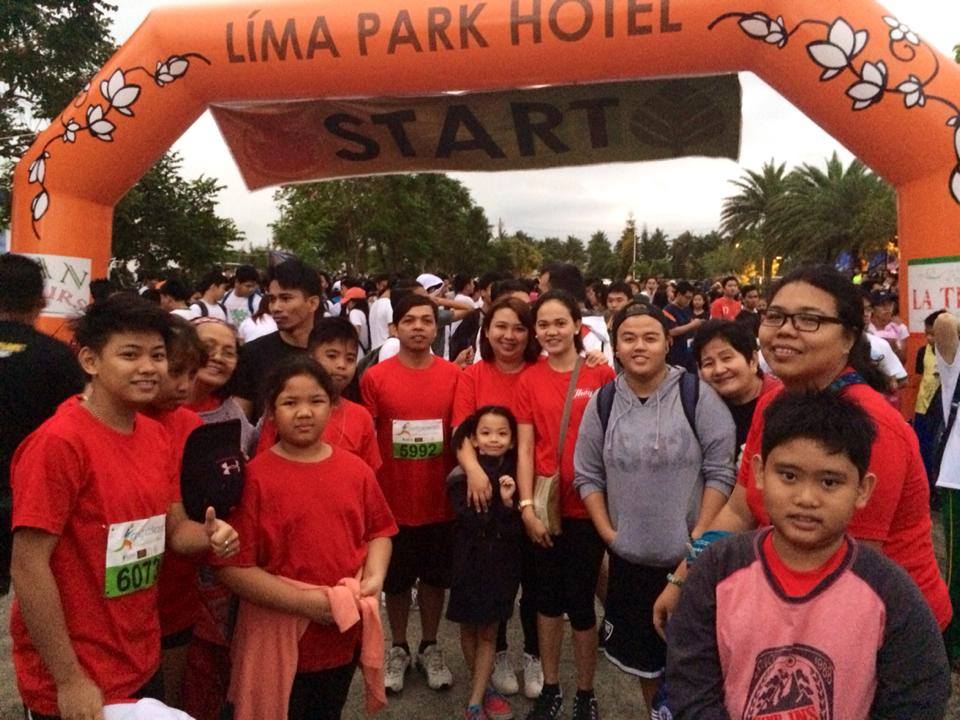